Fencing in security and sustainability

The land is dry, and it’s been a long-time since people in the region have seen decent rainfall.

More than 110 kilometres North-West of Quilpie is Ray Station; home to fourth generation grazier Mark Tully and his wife, Sandra.

For over 20 years, Mark has watched drought creep across Ray Station taking its toll on the land and livestock.

On top of this, wild animals have added an extra strain to his merino enterprise.

“When we had a run of good seasons, we noticed that we suddenly weren’t getting the lambs, so we knew we had a dog problem,” Mark said.

In a bid to control the wild dogs on his property, Mark and Sandra trialled multiple eradication methods but to no avail.

“Baiting and trapping is like a band aid exercise, you know it’s very much a temporary situation because sooner or later, you’re going to have to get another dog out of the same area,” Mark said.

As time passed, they realised ‘band aid’ solutions were not going to be beneficial in the long run.

“When you’re a grazier, you’re obsessed with keeping your little critters alive because that’s who makes you the money and seeing them being destroyed by wild dog attacks is pretty debilitating,” Mark said.

“By 2014 we thought we were just going down the drain and we knew we needed to build a fence to have some type of barrier to protect our sheep.”

Mark and Sandra enquired about borrowing money from various sources and settled with a Queensland Rural and Industry Development Authority (QRIDA) Sustainability Loan to fund the installation of their exclusion fence.

“We applied for the Sustainability Loan in 2014 and we had the eastern boundary of the fence built by 2015 which was roughly 100 kilometres,” Mark said.

For the Tully’s the exclusion fence was a necessity for the future of their property.

By 2017, Ray Station had completed installing exclusion fencing along the eastern boundary of their 59,600-hectare property and despite ongoing drought conditions, they saw results.

“We’ve now got the dogs down to a manageable level, the merino enterprise that we’ve got is now again a profitable enterprise and I’ve looked at our figures and they are slowly increasing since we got our fence built,” Mark said.

The fence has provided security for the Tully’s livestock and also for their future on the land. 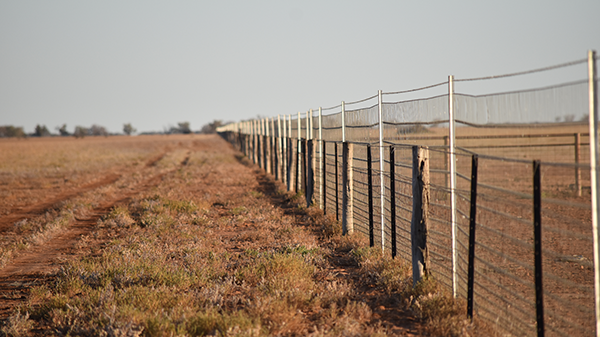 “We feel confident about the future, knowing where we are going is such a big part of running our enterprise,” Sandra said.

Primary producers who are suffering from added stress of wild animals on their property are encouraged to consider a Sustainability Loan through QRIDA to make on-farm developments such as building exclusion fences.

“The whole process was quite a seamless one. The fact that it was flexible, that you could choose to pay it off quicker, which is what I like to do, and the fact that also it had a clause in it where you could skip a year if you were caught in unfavourable circumstances financially,” Mark said.

“My advice to other landholders would be to go first to QRIDA. They are offering really favourable terms; it’s a very affordable interest rate and you are dealing with people who understand the nature of the industry.”